Aurangabad is part of the DMIC (Delhi Mumbai Industrial Corridor), having a huge potential for growth. Aurangabad is envisioned as a very large-scale industrial cluster including abundant land, provisions for high growth industries with wide-ranging infrastructure services, convenient access and provisions to handle environmental waste with minimum impacts. Proximity to the existing industrial areas, Aurangabad city and existing airport and railways, gives strong support for export-oriented businesses. Aurangabad has now its own “Dry Port” having direct clearances to JNPT and other ports on the Aurangabad-Jalna road with 500 acre land. 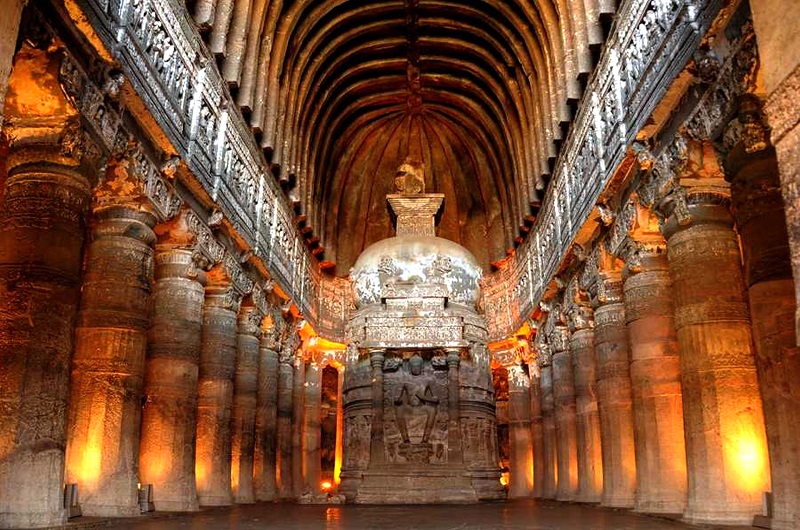 Ajanta Caves are one of the well renowned places to visit. Ajanta Caves are declared "World Heritage Site" by UNESCO. Ajanta caves are situated at Jalgaon, which is 107 kilometers from Aurangabad City. Caves are build by cutting the rocks into beautiful piece of art and architecture. There are 29 caves (official numbered by the Archaeological Survey of India). All paintings of Ajanta show heavy religious influence centre around Buddha, Bodhisattvas, incidents from the life of Buddha & the Jatakas.

World famous Ellora Caves situated 30 kilometers from Aurangabad city. Ellora Caves are World Heritage Site, really impressive rock cut temples & monasteries. There are 34 caves, structures excavated out of the vertical face of the hills. The central attraction at Ellora is Kailash Temple (cave16), is the most remarkable. Ever since the first European visitors in 18th Century, Ellora has attracted chroniclers, antiquarians, scholars and in more recent years, ever- increasing number of tourists.

Daulatabad Fort magnificent 12th century fortress stands on a hill, Built by Raja Bhillamraj once known as 'Devgiri', Initially a Yadav stronghold, it passed through the hands of several dynasties in the Deccan. The ‘Daulatabad’ (city of fortune) name was give by Muhamad Tughlaq, Sultan of Delhi. Daulatabad Fort, a rock-hewn fortress dominating the landscape, from a 600 feet high mesa-like flat terrain, is 14 kilometer away from Aurangabad City. Daulatabad Fort is one of the world's best preserved Fort, survived without being altered.

Bibi Ka Maqbara is situated about 5 kms from the Aurangabad city, the burial place of Aurangzeb's wife, Rabia-Durrani. Aurangzeb's son built this monument in 1679 AD in memory of his mother Rabia-Durrani. It is an imitation of the Taj Mahal (among 7 new wonders of world) at Agra, it is also called as "poor man's Taj Mahal" owing to it being a poor replica of the Taj. Behind the tomb is located a small archaeological museum. 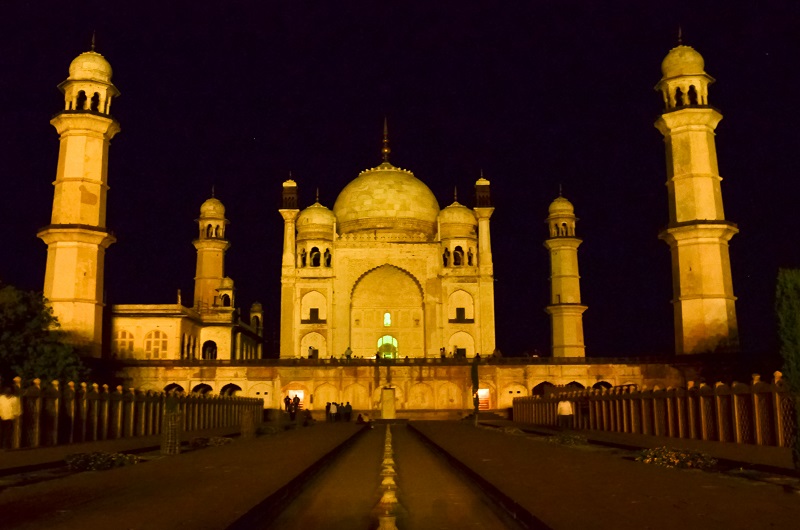